Kitchen renovations are said to be one of the more disruptive experiences a growing family can go through. Tearing down and rebuilding an entire home? Well, it takes a particular type.

“I’m used to working on shaky ground; the trick is having a good foundation,” Francene Starko jokes. She’s comparing her recent home-building experience to a uniquely long career at DynaLIFE. “I’ve been here 37 years. I’ve seen a lot. I’ve learned how to handle change,” she adds, recalling the creation of DynaLIFE from the amalgamation of several smaller labs and the uncertainties that come with a job tied to government service contracts.

Starko and her partner, along with their two teenaged daughters, Kate, 16 and Jane, 19, and pair of Australian Labradoodles, Maple 12, and Robin, 2, are a family that epitomizes DynaLIFE’s approach to problem-solving.

Her family understood the problem. They “needed a better home, but we wanted to stay in the Parkview neighbourhood. It’s a great location. I grew up there and always loved the west end.”

Starko especially prizes the outdoors, bird-watching, and nature walks in the ravine.

Her family understood the solution: rebuild. “So we did it, and the home has been wonderful,” she says. She draws an easy similarity to her work at DynaLIFE: “You find a problem and you fix it. And it feels good. Even though it’s not always easy.”

That was the case with Starko’s rebuild project. It took the better part of a year. Unexpected structural issues forced delays, and deep pilings needed to be poured beneath the new home.

“Foundations are important,” she repeats.

Her own foundations at DynaLIFE were cast as a lab technologist, a profession Starko continues to practice today in the microbiology department.

“I’ve always been interested in growing bacteria and looking for pathogens to find out what might be causing a problem. It’s interesting to me. Bacteria are always changing and developing resistance,” she says. “I’ve never been that kind of person that needs to move around. I’ve been involved in lots right from where I am, and there’s a lot of stuff I’ve seen that I might not have otherwise.”

She recalls the initial surge of resistant strains of the Staphylococcus superbug that have become more common over time. Even the bacteria understand the benefit of problem-solving – becoming increasingly resistant to more medications to stay alive.

“They are still a concern, but much more common. They just keep evolving,” she says.

Despite the many years on the job, Starko remains inspired by the challenge of meeting DynaLIFE’s patients’ evolving needs. They’ve been put into stark contrast during the pandemic.

“Not a lot has changed for us – we can’t afford to lose a lot of staff, and we still have to go to work every day – but the need is much greater,” she says.

Asked what benefits come from such strong foundations, Starko’s reply is unequivocal.

“Quality,” she says. “When you are focused on making sure everything is working right from the start, you’re doing it the best way.” 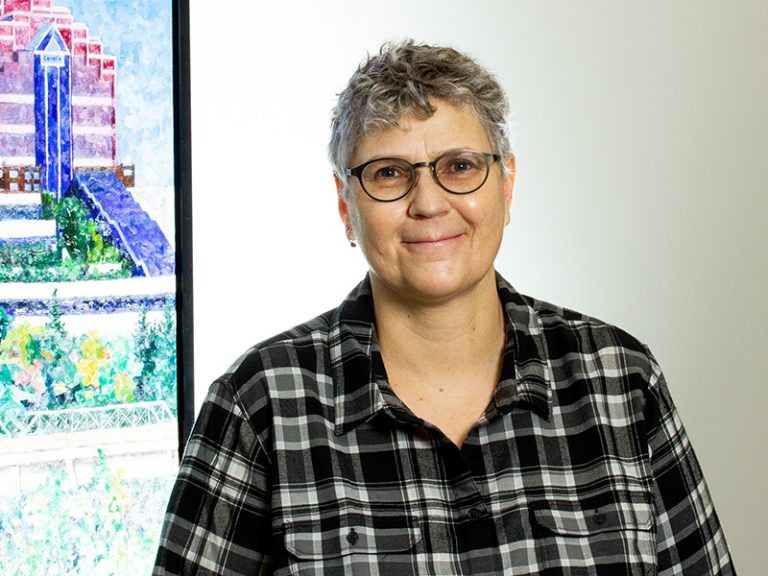