Over a 25-year career as one of DynaLIFE’s most versatile lab technologists, Sheila Hladunewich has been called many different names, but only one has stuck.

“Lala. I’ve been a Lab Rat. I’ve been a Bio Hazard. But being called Lala – that’s my favourite,” Sheila says pridefully.

Two are team monickers from healthcare slowpitch leagues, which have been a fixture throughout Sheila’s career. Lala is the nickname she chose as grandmother to her first grandchild: Ivy Clementine. Ivy was born in the spring of 2020.

“My little niece calls me that. And when we got the choice, I didn’t want to be grandma or granny. So, I’m Lala, and we’re Lala and Gido,” she says, of her and her husband Larry.

The names, the activities, the work – all reflect a family life that’s been built alongside DynaLIFE.

Sheila first met Larry on the corporate slowpitch team. She pitched. He hustled at shortstop. Through Corporate Challenge, the couple has competed together in slowpitch, bunnock, lawn bowling and horseshoes – in which they once took home a silver medal. Today, they curl and play pickleball together.

“I also played on our power pull team of 11 women and one guy,” she adds, of a tug-of-war-style competition. “We won two of three matches. It was a great accomplishment for a bunch of little women.”

Larry’s career has spanned more than 35 years in DynaLIFE’s microbiology department. His son Devon – Ivy’s dad – started with DynaLIFE as a teen. Now 29, he maintains the company’s critical systems as Journeyman refrigeration and HVAC technician. Devon met his wife at DynaLIFE too. Ivy’s mom is Kayla. She started her career in Patient Care Centres and is now an assistant manager in Specimen Processing.

“People would be surprised to know just how much goes into getting accurate results to patients,” Sheila says. “Each of us in my family works in such different areas, but each one is essential, especially now with the added responsibility of COVID testing.”

The demands of supporting public health testing stand in stark contrast to the lab industry Sheila joined in the mid-1990s.

“When I graduated from the NAIT Medical Laboratory Program in 1992, there were no jobs for lab techs. I managed to get a maternity leave position at the Royal Alexandra hospital. I took a holistic course for health care workers, then managed to find evening work with the DynaLIFE lab. And I’ve been here ever since,” she says.

“Thankfully, the demand for what we do has just grown and grown. I think people understand the value more. A big part of what we do is ensuring the accuracy and reliability of our test results. We’re always trying to do more, to go faster, striving to be better.”

It’s evident Sheila brings that work ethic to her job each day and shares it with those around her. She speaks humbly of her contributions, praising those who’ve sacrificed much of their own time in recent months to help Albertan’s cope with the pandemic.

“COVID has been a big stressor. A lot of people have worked 12 hours days and longer, for months, to make sure everything is set up and organized properly and safely. We’re fortunate to have such a great team.”

On the most challenging days, Sheila admits yearning to see baby Ivy closer and to play with her.

“It’s been sad. The last time we saw her was Christmas, when we dropped off presents and it was only for a few minutes in the doorway. They’re close to us, but we have to be safe, so that’s tough. It’s helpful to know we’re all working in a safe environment at DynaLIFE, which keeps Ivy and us safe,” she says.

That’s especially important, given Lala’s plans for her granddaughter. She quips: “Don’t tell Jason, but she’s going to be the CEO of this place one day.” 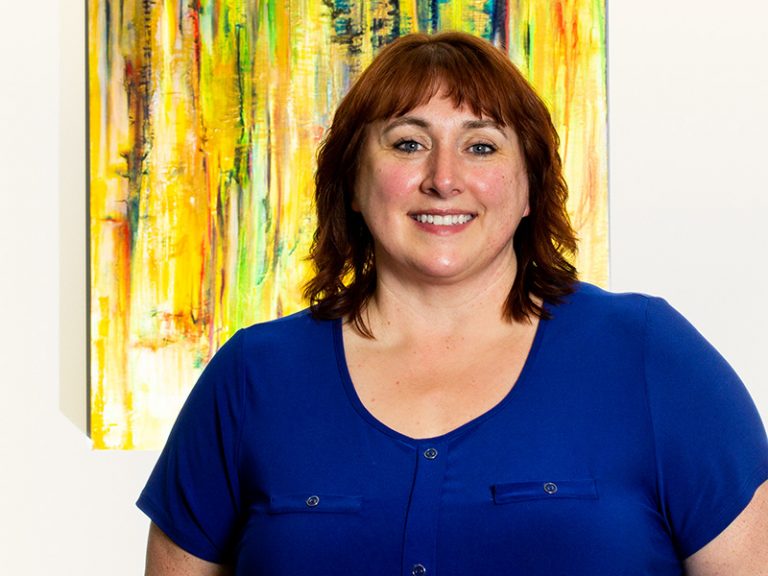