This past summer, an unlikely team formed in the midst of a historic sports feat. With the NHL 2019-20 season paused indefinitely in March due to the escalating COVID-19 pandemic, League officials, government representatives and local service providers put their heads together to come up with an innovative hockey solution.

The return to play proposal involved the approval of a 24-team, conference-based playoff format. But before the battle for the Stanley Cup could begin, everyone was watching intently as the competition to co-host all the games played out.

Edmonton, Toronto and Vancouver were the only Canadian destinations on the shortlist of 10 potential hub cities. The great privilege and responsibility of being the proverbial hostess with the mostess was not lost on anyone.

“An integral part of the bidding process was being able to demonstrate capacity to implement the hockey bubble concept successfully,” explains DynaLIFE Chief Executive Officer, Jason Pincock. “Ultimately there were many key components that factored into the decision.”

Like a player on a farm team, DynaLIFE was delighted to get the call to join the competition. And when Edmonton was confirmed as a winner in mid-July, DynaLIFE levelled up.

“Recognizing this tremendous opportunity, we set up a processing lab a few blocks south of Rogers Place,” explains Pincock.

Coaches, players and franchise personnel arrived in early August and were put through the paces of careful testing, steady health protocols and regular symptom checks up. COVID-19 swabs were not only part of the players’ daily routine, they extended to those in close contact with teams along with some personnel inside the arena itself.

Over the course of the playoffs, just under 70,000 tests were collected and analyzed.

“We’ve all heard the saying that ‘there is no i in team’ and oddly enough, DynaLIFE’s job was to make sure things stayed that way,” Pincock jokingly comments. “Our staff were diligent in providing quick and accurate results so that infections wouldn’t compromise the bubble we’d all worked so hard to secure.”

That bubble did eventually pop when Tampa Bay Lightning won the Stanley Cup on September 28, 2020, but the experience is something Edmontonians will remember for a long time.

In addition to an unmatched pandemic sports legacy, it’s estimated that the hub attacted between $39 million in provincial GDP, somewhere between $47 and $69 million in business sales, and nearly 2000 temporary jobs. Indeed, it was a much needed economic stimulus during a very challenging time for all.

“The entire process was very unifying,” adds Pincock. “It gave us the opportunity to focus our efforts on something new and exciting, but also to showcase some of our distinctive local assets.” 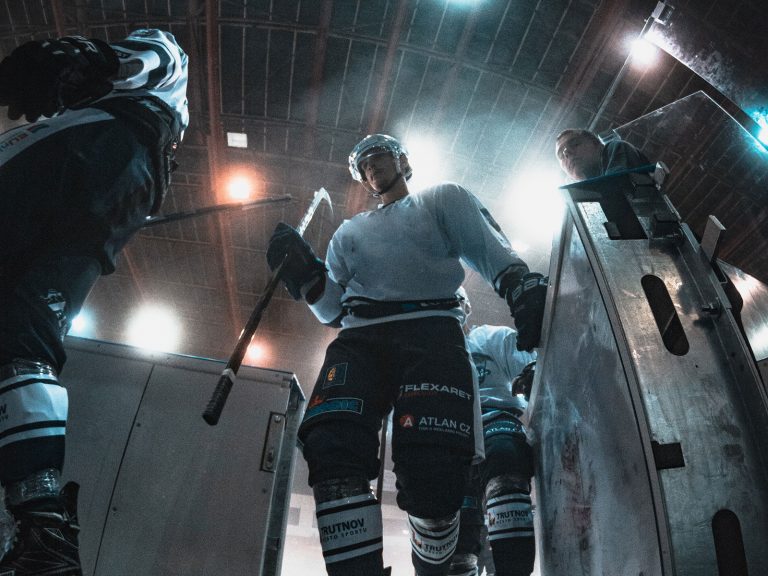